The Most Common Marriage Problem

If you’re married, you know that there are a lot of marriage problems, annoyances, troubles and compromises.

Every marriage has every day things that bother or trouble or annoy us.

Yet, if we could recognize this common marriage problem when it happens. If we could be truthful about it and talk about it, this problem wouldn’t be such a big deal.

This is something that gets worse the longer you are married.

It’s something that grows older with you. As you grow closer, become more alike, and walk through life together it becomes more apparent. This problem will rear its ugly head between you and shine a light on your hearts in very personal ways.

It’s a fuzzy problem, an easy to twist problem.

A problem that causes miscommunication, hurt feelings and all around bad “married life” days.

This problem forces you to look inward, do a self character assessment and figure out your own issues.

Issues that are time consuming, life altering and down-right difficult.

Stop and think about the phrase, “Honey, you do that same thing to me!” 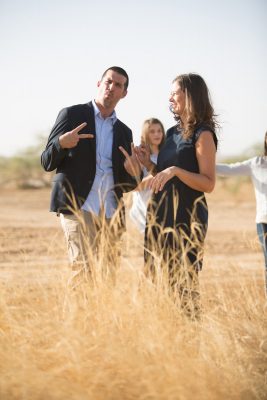 Pretend couple is in the kitchen discussing their latest marriage annoyances. They are talking through a few miscommunications and issues. And one spouse, who will go unnamed because truly it could be EITHER spouse, says, “Hon, but you do that same thing to me!” And the other spouse stands aghast thinking, “What? I don’t do that!” and the spouse who made the statement continues talking, sharing examples of ways the spouse does the very same things that have annoyed them to pieces for the past few days. Sound familiar?

So common. So real. And so true. We often fail to recognize our own failings long enough to realize that we do the same things.

We may annoy or bother in different ways. We may sugar coat things with pretty words or actions so it isn’t easy to see. But often times, we do the same things that annoy us about our spouse.

Annoyed that your spouse doesn’t pay attention to you when you speak? Well, did you look up from your phone the last time they talked to you? Did you pause Netflix the last time they were talking… and keep it paused long enough to have a conversation?

You must ask yourself, “Are you annoying or frustrating right back?”

And, it’s also difficult to deal with.

Thankfully, our pretend couple ended it with laughter because the pretend couple is becoming very good at recognizing truth. They can see these marriage problems and recognize them for what they are… common.

It was the truth. Both Jay and Jen did the things that were annoying them.

What did I notice the pretend couple did to end the discussion with laughter?

What to do with marriage problems:

1} Be humble. Do not stand your ground and demand that you DO NOT do such and such. Be humble. Your spouse is probably right. You DO do that annoying thing too, even if you didn’t notice it before that moment.

2} Listen. If you brought up how annoyed you are with something, you need to be willing to hear their side, turn it back toward yourself and reflect. Without coming up with your next argument or thing they did too. Even though they probably DID… listen for real to what they are saying.

3} Recognize the situation for what it is. Truly… in married life you WILL annoy each other! Recognize it and come up with a way to make it better. For you and for them. It is too easy to get hurt, be sensitive and feel like you’ve been attacked. You haven’t. Recognize it. Learn from it. Change it.

4} Let go. You aren’t going to fix it by throwing more and more annoyances on the pile. You don’t need to better up your spouse in the “you are annoying” area. Realize that you BOTH are annoying sometimes, you BOTH need to work on your part in it and let go.

5} Move forward. Knowing it could happen again, move forward anyway. Say sorry… forgive. You’ve humbled yourself, recognized that you play a part in the problem, listened to your spouse, let go of an escalating argument that will get you both no where… now move on. Make a latte, watch Fixer Upper and move on with the day. Because we all want to choose to love like that.

What do you think of this most common marriage problem?

Have you seen this play out in your marriage?

How do you end it with laughter rather than meanness?

Overlooking the Savior
Next Post: 7 Tools for Making Decisions