Living out the Words

Usually at some point between 6 and 6:30am, I’m squeaking our bedroom door open, leaving the precious air conditioning, hitting the immediate wall of humidity, to make my way downstairs to begin a new day before the girls wake up.

I am sure to have my cellphone in hand with my flashlight app turned on. Pretty much every single morning, I peek out my door and there is a creature of some kind just outside our room.

One morning a cockroach was scurrying across the floor and I watched as it slipped under Elayna’s door.

Cringe, but continue my way to make coffee.

Another morning, I thought I was in the clear and started down the steps only to be stopped mid-step because I heard a noise behind me. I turned around with my flashlight seeing nothing. The noise brushed behind me and I quickly turned my phone towards the sound. A very large gecko was running away from my light. And down the steps in front of me.

Cringe, but I continued down the steps to make coffee.

This morning, Abby bursts into our room right before I climbed out of bed to say, “Mommy! That cricket is LOUD! It woke me up.”

And continued down the steps to make coffee. 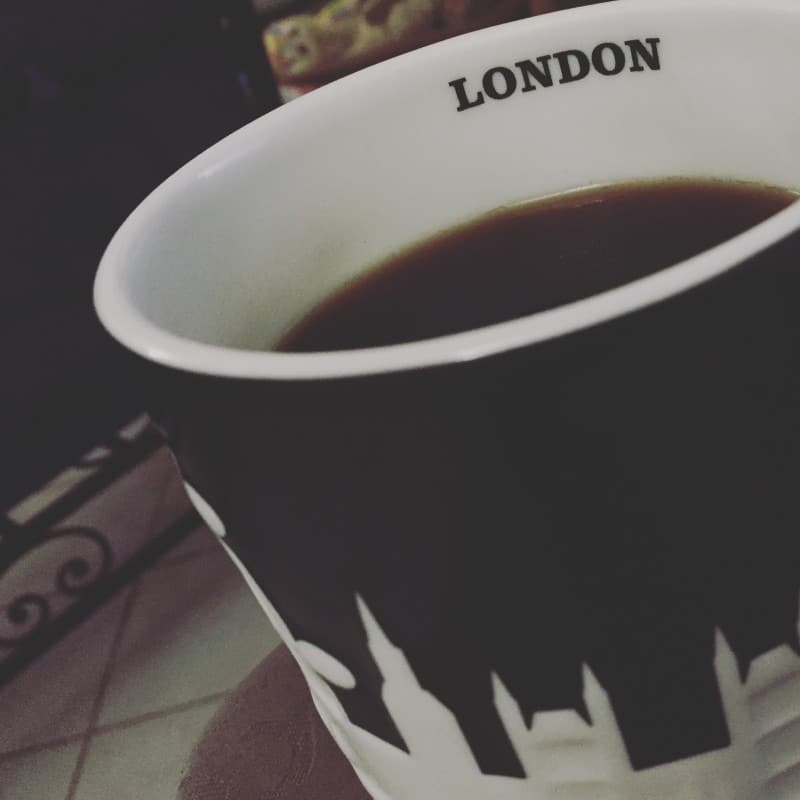 Generally, as I hit the main floor with my bare feet and flashlight in hand, there is a spider crawling across the tile. Sometimes it is a group of ants carrying some dead beetle from one part of the room to the other.

Other times, it is some random bug that I don’t even know greeting me on the floor near the light switch.

I flip on the light and walk to where the nob is for the ceiling fan not even bothering to flush any of the above mentioned bugs. They will just return anyway.

Glancing around me, I see new piles of gecko poop that I know were not there when I turned the fan off the night before.

Walking past the poop, back to the kitchen, I see a trail of ants coming from behind the microwave and traveling down into my sink drain. Again… they were not there the night before.

I know because I routinely spray their road with powerful bug spray.

That is just the start of my day.

And that is just the basic structure I’m learning is part of living out the words, “I live in Africa.” and putting life to the phrase, “I’m a missionary in Africa.” 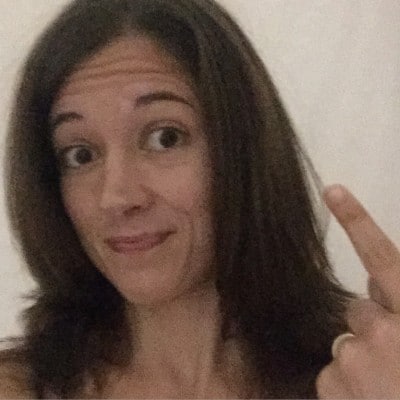 I have to get past all the crazy creatures just to make coffee… let alone live the life needed during the hours of the day.

The hours of the day mean digging deeper into global missions and the phrase, “I live in Africa.”

I dig into the meat of the meaning of those words when Jeremy calls to say, “Jen, the ATM machine kept our ATM card and the bank manager refuses to give it back to me.”

Or, when the electrician shows up with no tools saying, “Do you have this wrench or that screw driver?”

When the man at the immigration office looks us in the face and says, “You’ll have to come back. The papers you purchased at the American embassy aren’t American enough. I need originals.”

Or, when I visit a restaurant bathroom, forgetting there will be NO toilet paper and dig through my purse praying I remembered some kleenex, rejoicing when it is found near the bottom of my dust covered bag.

Realize the soap in that same bathroom has been watered down to the point of not being soap any longer. And this is the bathroom the staff uses.

Sit down to lunch, order a can of coke, and, on glancing in the cup they brought me, see a bug in the bottom of the glass beneath the ice. Wipe out the bug and pour the coke. 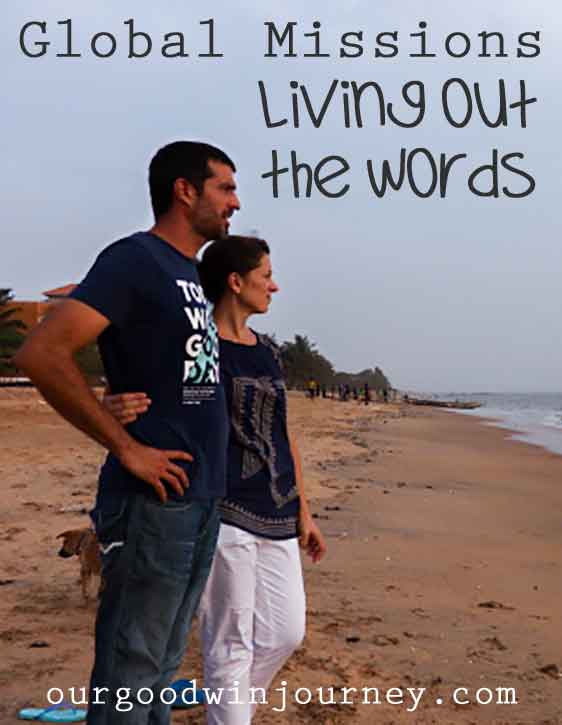 Sunday, we were in a village and again, drinking coke at a pastor’s home. I’d set my glass on the floor by my feet and then, when Jeremy had the coke bottle, asked him to pour me more. He did. I took a drink and at the last second before I actually swallowed realized that there had been a fly floating in my soda.

When I buy cheddar… really expensive cheddar and get it home to find that it is already molding. They had given me a moldy chunk of cheese from the deli counter. Mainly because no one here buys cheddar. So it sits in the case for way longer than it should.

Continuing to take cold showers. Not because we don’t have a water heater, but because I’m scared to turn the thing on knowing it will break. It WILL break. Everything does.

Jeremy coming to bed after our new fridge had sat dead for 2 hours. “I prayed for it. It is working again.” And I breath easy while continuing to pray that it makes it through the night.

Paying for advertised internet speeds that aren’t even possible here.

Sweating morning til night with the dirtiest feet I’ve ever had in my life.

The sigh of making it to a paved road after a jaw-breaking trek down a pot-holed dirt path.

Buying vegetables and fruit at my gate while small boys walk by asking for money and water.

Jeremy fixing the plumbing in the bathroom because the plumber didn’t show up when he said he would. But the plumber shows up after it is fixed.

Having to go back out to the car to dig for change because the store wants me to give them change from their change they made for me.

All a part of global missions. All part of the phrase, all living out the words…

All my new life.

With a hundred million other little things that would take hours to list.

Living the words of global missions.

And I wonder, “How on earth did I get here? When did I not even blink at a cockroach or a fly in my drink? When did I decide I could eat after the hostess licked her hands and served me fish with those same hands? When did I learn to be ok with a cold shower or gecko poop on my laptop bag?”

Does global missions get easier?

I don’t know… but living the words for sure keeps me on my toes, on my knees and certainly on guard.

Every moment is new. Every minute brings the unexpected. Every day a new challenge in this big beautiful place called Africa.

So Monday morning, when before I crawl out of bed to face the creatures on the other side of the door, I kiss Jeremy and say, “We will face it all together. Me, you and Jesus. Let’s do this.” it is because I mean every word. 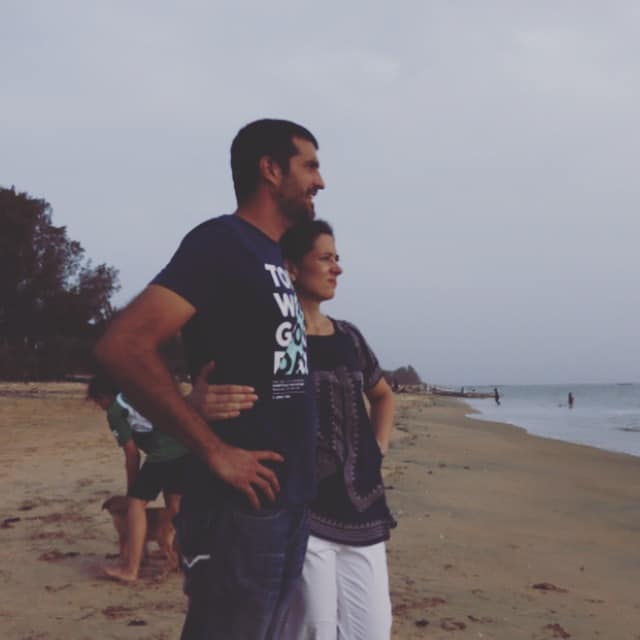 Only with Jesus can we live out the words, “I live in Africa.”

Because now that we are actually here, actually living this global missions life, actually learning the newness and strangeness and complexity of this place, I know with my whole heart that it is possible only with Jesus.

This #ourgoodwinjourney… one day at a time. It’s been such an intense time but today, we watered flowers, grilled burgers, worked on the house, ran to the store and did all the normal things. #behindtheprayercard #getjoy #marriedtojeremygoodwin
We’re doing phase 1 of re-entry and transition for our team TCKs today with @elizabethvaheysmith and @tcktraining. So thrilled for this opportunity… 2 continents and 3 countries… it’s getting closer to moving back to their passport countries. Slow countdowns, thoughtful goodbyes and processing as we go. #goodwingirls #goodwinhomeschool #getjoy #hphcteam #thirdculturekids
He’s on a plane over the ocean. #goodwintravels aren’t always easy or for fun reasons. But airport pick ups, coming home and being together make happy Goodwins. Next airport pick up will be @mselliemak!! #getjoy #chezgoodwin @reverendgoody
Soon @reverendgoody will start his big trip back across the ocean. Two weeks of family moments and then a quick visit with @mselliemak. Thank you to all who’ve helped through prayer, encouragement, funds and friendship. #buggingyouteam #behindtheprayercard @karamarr11