What Does Devotion Mean?

What does devotion mean?

I was reading Colossians 4:2 in my devotions one night and the word “devote” jumped out at me.

What does it mean to be devoted to something? 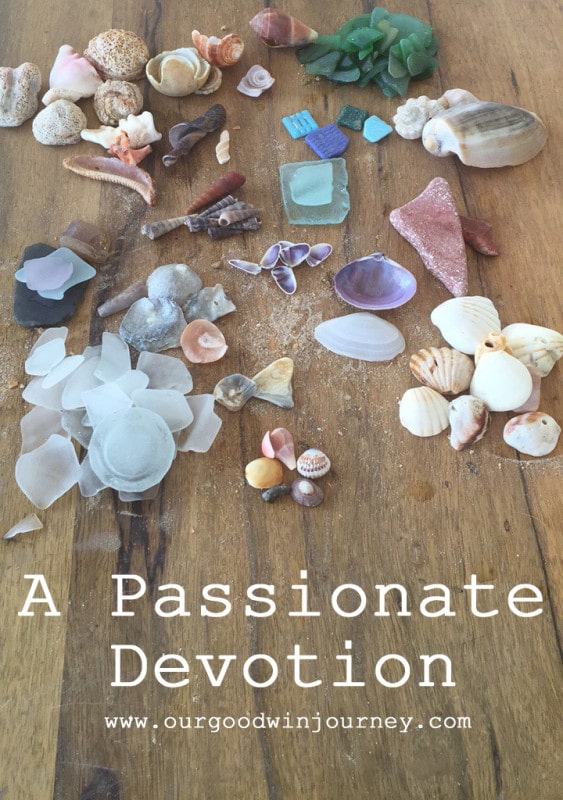 As I began to think about it and then study it, I realized that the word devote is used very few times in the Bible.

The word devoted is used to describe very few people.

In I Chronicles 28 and 29, the Bible talks about David’s devotion to building the temple of God. He then passes that charge for devotion down to his son Solomon, who will actually complete the building of the temple.

In Isaiah 38, King Hezekiah pleads for his health by reminding God of his wholehearted devotion.

Jeremiah reminded the people of the devotion of their youth (Jeremiah 2:1) and Ezekiel rebuked the people for expressing devotion with their mouths but not with their lives (Ezekiel 33:31).

In the New Testament, Christians are instructed to be devoted to prayer (Colossians 4:2), to doing what is good (Titus 3:14), and to the service of the saints ( I Corinthians 16:15). Christians are warned against being led astray from their pure devotion to Christ (II Corinthians 11:3).

What can we learn from all of this?

What does devotion mean?

I looked at my own definition of devotion. I guess I had it watered down a little.

I thought of love and commitment.

I didn’t realize the depth of devotion we need to have for Christ.

Read about David as he prepared to build the temple. He prayed for his son to have the devotion to see the temple completed. I was struck by the strength in that word. The kind of devotion that David was praying for was a faithful, powerful, dedicated commitment to a specific purpose.

Do we have that kind of devotion to our faith, to our commitment to God?

In Daniel 3, we read the story of Shadrach, Meshach and Abednego. Three men who were willing to die for their faith. Their devotion was strong enough to withstand the fire of a burning furnace. Their faith and devotion was unconditional; even if God did not rescue them from the situation, they would remain devoted and faithful.

Could we say the same? No matter what happens in life, are we able to stand firm in our faith?

What does devotion mean in our lives as believers?

In a world that constantly pressures us to deny our faith, can we keep an uncompromising devotion to Christ through it all?

Are we passionately devoted to God like David or King Hezekiah or are we devoted with our mouths but not with our lives like the Israelites in Ezekiel?

These are all thought provoking questions. Questions that force us to evaluate our Christian walk.

“My people come to you, as they usually do, and sit before you and listen to your words, but they do not put them into practice. With their mouths they express devotion, but their hearts are greedy for unjust gain.” Ezekiel 33:31
What does devotion mean to you?

What does a Proverbs Woman mean?
Next Post: Passionately Devoted to Your Husband