Hoping When You Are Without Hope

There are seasons in life that seem without hope.

Times when we are discouraged, struggling and feeling our faith slip.

Romans 4 reminds us of an incredibly old story, a story from the very beginning of the Bible in the book of Genesis.

They had a promise from God. The promise of a son. Of a nation of people that would come from that son.

They were old. Abraham was 100 and Sarah was 90. That is old! Too old to have children and too old to even imagine beginning a family that would produce untold numbers of offspring.

A situation that would seem to be without hope.

But, they held a promise from God deep in their hearts.

Romans 4:18 tells us that “Against all hope, Abraham in hope believed…” He believed against all odds. Right in the face of the hard facts of life. In spite of his circumstances, Abraham had HOPE. 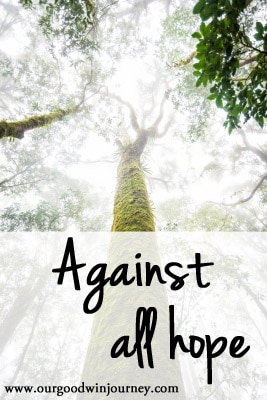 Even though they were old, in verses 20-21, we see that Abraham “did not waver through unbelief regarding the promise of God, but was strengthened in his faith and gave glory to God, being fully persuaded that God had power to do what he had promised.”

Because of his faith, God delivered. He came through and gave them a son.

They had a son named Isaac through whom a nation was born.

In God’s own way and timing, He fulfilled his promise to Abraham.

We are not without hope

What are you going through right now that requires that kind of hope in the face of all the odds against you? What has God promised that you are still waiting to see Him fulfill? What prayers are yet unanswered? What dreams are yet unrealized? What time is still unredeemed? What hope are you still hoping for?

Do you feel without hope?

Stop the overwhelm with a specific set of emails with resources, encouragement, tips and help just for you in your journey to move overseas. PLUS, a free PDF guide in your first email from us. You can do this! 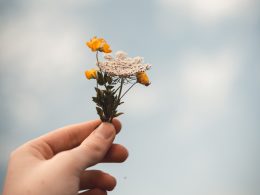 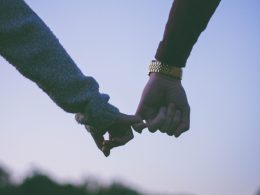 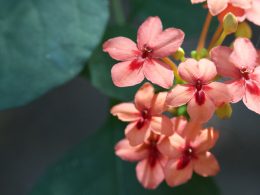 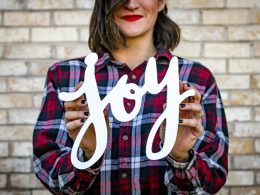